We left the hotel and took the SBB to  Montreux where we transferred to the MOB Golden Pass train to Montbovon.
These trains are luxurious even in second class. We traveled in first. The coaches have windows in the ceilings and the driving cab is set in the roof so that passengers can sit in the front (for a supplement) and have a clear view ahead. The locomotive is in the middle of the train so as to be out of the way. We were on this train yesterday and it was empty as it was today. The only other time I have been on this route it was solid with tourists and Mary and I found it unpleasant.
It was another beautiful morning and we enjoyed the play of light on the mountain tops while the views across a calm Lac Lemain were very good. 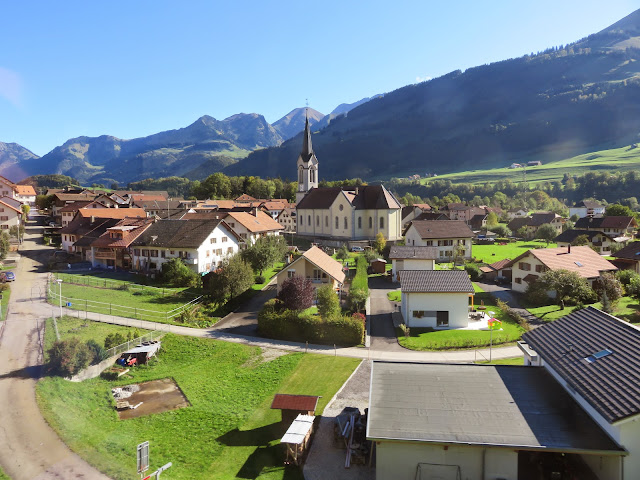 Once over the hill and away from the lake the country becomes pastoral with wooded sections. I was interested to see a few traditional hay stacks with a pole stood vertically in the middle. 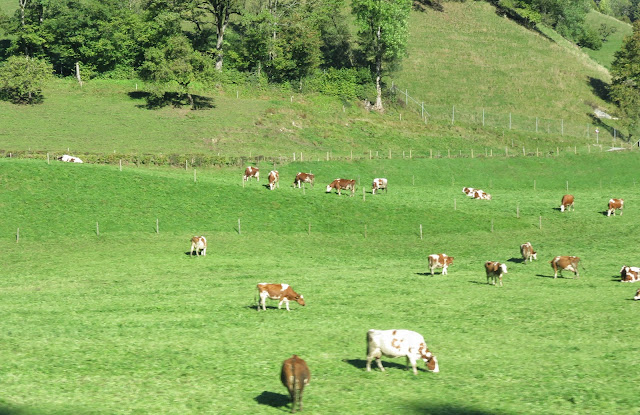 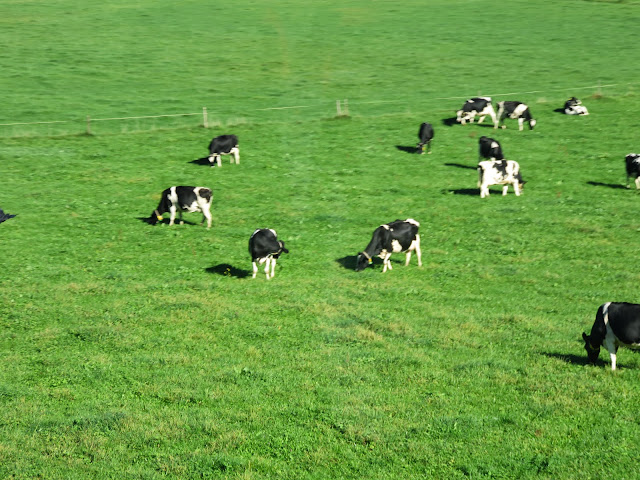 We transfered to the Fribourg narrow gauge at Montbovon. The train took us first through Gruyeres. The whole area is given over to pasture and there were lots of contented cows munching happily away.
The next point of interest was Broc Fabrique where Nestles have a chocolate factory. The air was scented with chocolate. After a brief pause we went on to Bulle then Fribourg then Yverdon Les Brains where we caught a tilting train to Neuchatel.  Paul remarked that the only way the hotel could be closer to the station would be in it. The hotel is good and has a terrace with a view over the lake.
A walk into town and the port and we found out about cruises, saw a tram on the only line left and visited the tourist office.
We took a cruise on the lake for a little over an hour. The lake was calm when we left but a wind blew up and ruffled the surface.
The next order of business was to ride the one remaining tram line. The double cars are run in pairs but only every 15 minutes. The tram we rode had bad flats on the wheels which made for a rough and very noisy ride. The brakes were terrible. We could feel the wheels locking up and sliding for 10 feet or so at stops - more flats. It looks as if this line will eventually be abandoned although some new rails, ballast and ties have recently been installed. 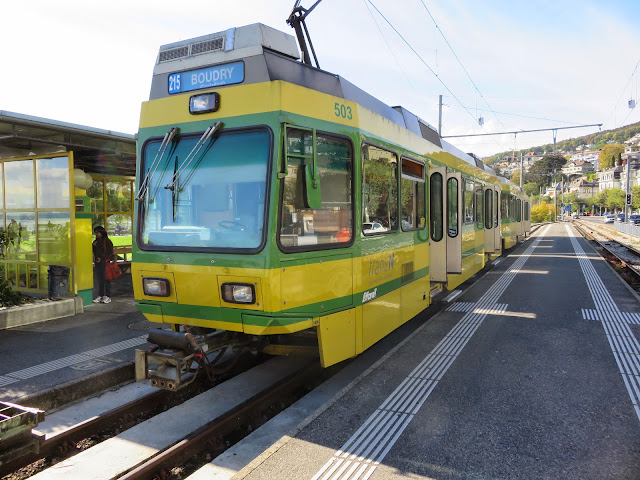 The funicular to the station is not working at present so we caught a trolley bus back.
Posted by Colin Churcher at 3:37 AM No comments: