Due to an East Coast cock-up our train to Newark was an electric one rather than the scheduled 40 year old diesel. Seat reservations were cancelled so it was a free for all.
Sheep dogs working a flock in a field. Cows coming out single file into a field after milking.
Just before Doncaster is a very long newly completed bridge over the main line which removes a bottleneck through the station.
Several lakes before Newark had many fishermen kitted out with canvas shelters to keep the rain off.
The train from Newark to Market Rasen was an overfull single car puddle jumper.
At Lincoln there were several Morris Dancers in full costumes - they went out to the derision of a football group travelling to Cleethorpes. The cathedral was hidden in the mist.
We quickly found the model railway exhibition at which Brian's group was participating. Brian was out front talking to people. Their model of Market Rasen station was excellent, the first time it has been to an exhibition. There were several other layouts, mostly OO and mostly with local themes. The entire show was very well put together and the layouts were all exceptional. I lingered around several just watching the shunting moves.
We had an excellent lunch at the Aston Arms. Bombardier bitter and steak pie. Mary had an excellent full English breakfast with an enormous nicely herbed sausage and a great mound of back bacon.
It was raining a very fine mist as we walked around the market which is held on the first Saturday of each month. There was a good selection of locally made produce, jams, chutneys, cakes, pies etc. and we bought some good local cheddar which we had sampled. 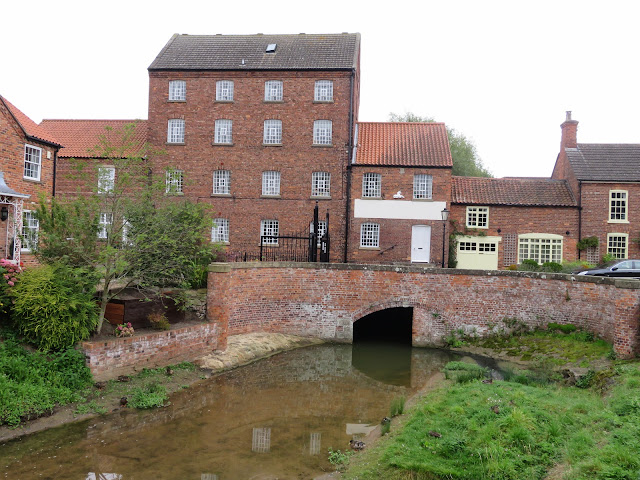 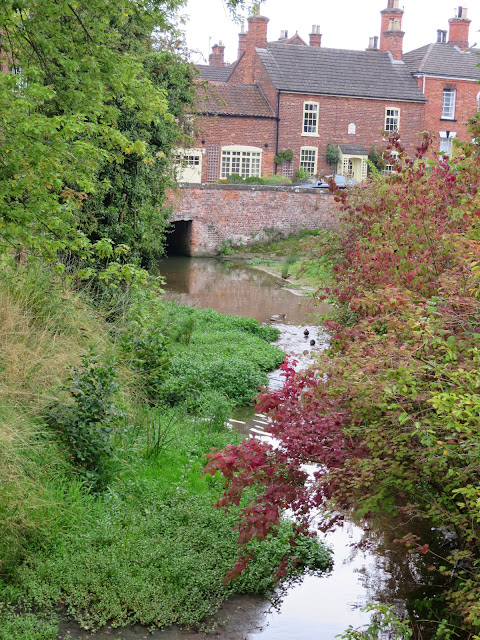 A final visit to the model railway exhibition and we said good bye to Brian and made our way to the station via the bar of the Advocate Arms.
Click here to see all pictures taken at Market Rasen
The automatic station announcement explained the train was delayed - by one minute. There were only 8 people waiting to board the two car train which was empty in contrast to the over crowded one car train of this morning.
There was a signalling delay after Lincoln and we eventually passed a semaphore signal at danger.  As we started away there were two foxes sitting in a field watching us pass.
The train to York from Newark ran six minutes late because it was put out of Peterborough on the slow line - sounds like another cock-up.
Posted by Colin Churcher at 3:46 AM No comments: