We took the train to Hull. The electronic information boards said it was on time right until we left 10 minutes late. The guard apologized for the delay but pointed out that we arrived in Hull on time.  There are many semaphore signals and signal boxes on this line from Selby east, presumably the boxes have been retained to control the many level crossings with roads. The land is generally flat, mainly arable with a few sheep and cattle. Several churches, surrounded by trees, marked the small communities. The large Humber bridge heraldedour arrival.
The man at the tourist office was very helpful in spite of his strange Humber accent.  95% of the buildings were damaged during the war. However, many notable buildings have been retained and restored.
We walked down to the Deep which is a large aquarium.  On the way we passed the barrier which has been used several times to stop flooding of the city during exceptionally high tides. The foreshore is comprised of soft, deep mud. The Deep has a large tank with some interesting fish but the emphasis is on a lot of small exhibits which makes the focus blurred and the experience difficult to follow.  I kept waiting to see the large tank in all its glory but this only came right at the end. There was a lot of emphasis upon saving the planet and it's endangered species. I felt cockroaches, centipedes and toads were not really relevant. Altogether the Deep was disappointing compared to Genova or Lisbon. 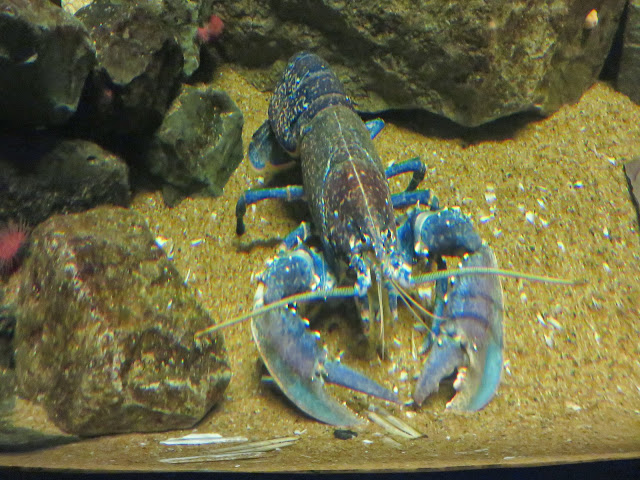 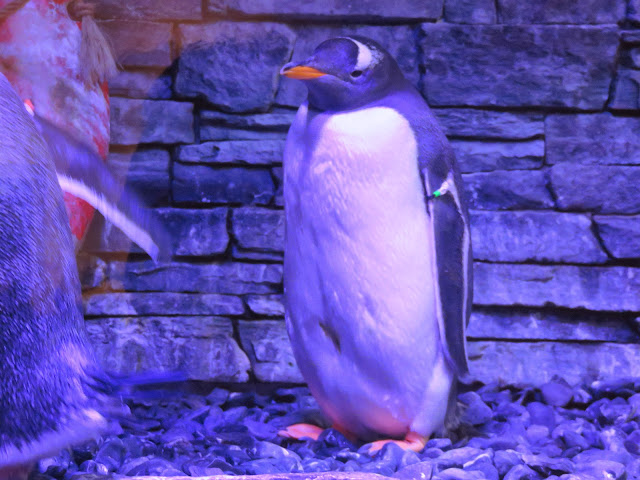 The tourist leaflet mentioned the smallest window in England at the Crown so we went in for a drink - Fullers London Pride -but couldn't find the window.. The barman took us outside and pointed out a small slit.
The Streetscene Museum of Transport is well done. There are not a lot of exhibits but what they have are well preserved and presented. 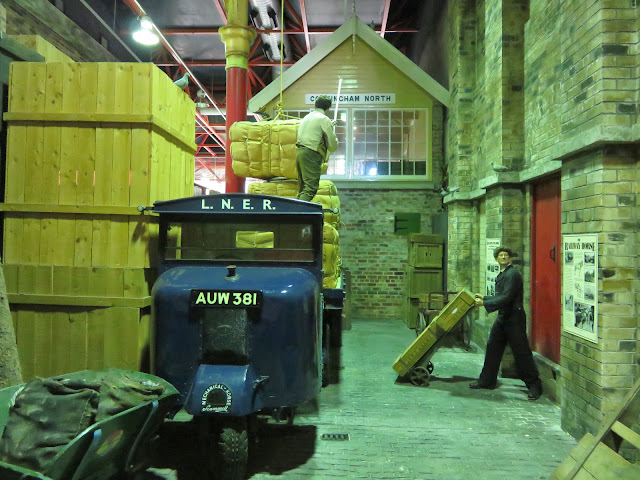 We made our way back to the station passing the very impressive Old Court Building.
The Princes Quay shopping centre is a three level swanky place built over the water near the Marina. It has fallen on hard times and large parts are vacant.
Click here to see all pictures taken at Hull
The Hull station is enormous, possibly the largest covered station I have seen.  A large part of it is a parking lot and one section contains the bus station with at least 35 bus bays.
The evening light was good on the way back to York.  We were running on time until a dead stand for at least 5 minutes just outside York. Traffic regulation seems to be a problem here.
We had a drink at the Blue Bell. There was a discussion going on about the safe areas of the town.
"I grew up in xxxx".
"Oh so you had shoes then".
(This is a comment about the bad old days when, in poor areas, the families could not always afford to give their kids shoes. in some cases a kid would come to school on alternate days because he shared a pair of shoes with a brother or sister.)
Posted by Colin Churcher at 12:31 PM No comments: