I must first comment about the amazing weather. Zurich is hot and sunny with very few clouds. Everyone is out and about on a Saturday even without the Zurich Film Festival.
I was up early and took the tram to the airport.  The no. 10 tram is a nice leisurely ride and there is plenty of space for luggage. Paul's flight arrived on time and we  came straight back to the hotel, again on the no. 10 tram.  Why take a train when there are trams available?
First this afternoon we went on the no. 11 tram to the Zurich Tram Museum which is in an old car barn. The  vehicles were all well preserved but a little  closely packed. 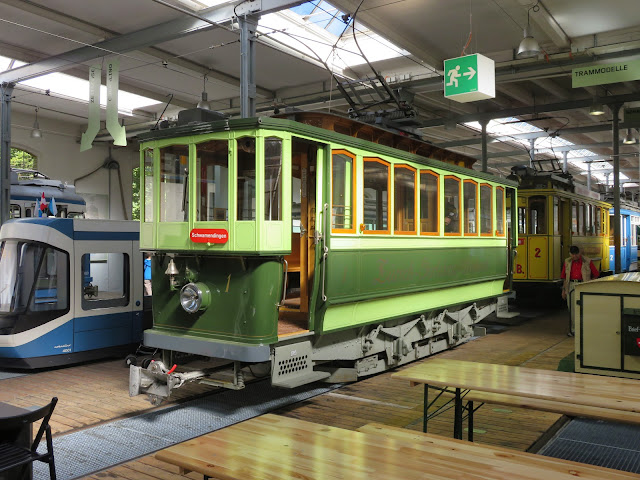 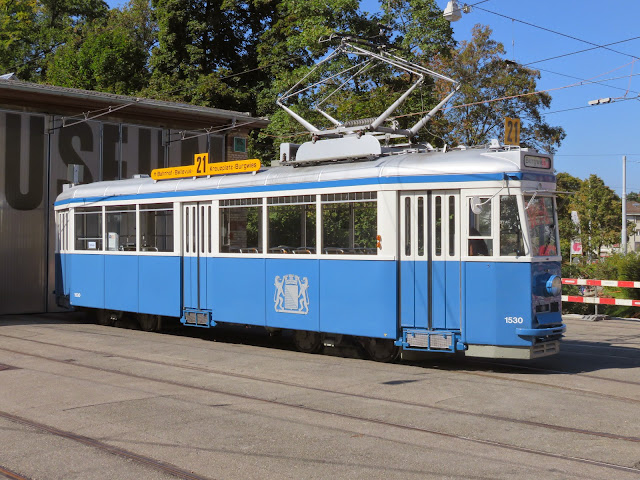 We intended to catch a no. 10 to Rehalp to connect with the Forchbahn but a museum tram came along first on route 21. This only runs when the museum is open between Rehalp and the Hauptbahnhof.
At Rehalp we caught a Forchbahn tram to Esslingen. This is a tramway operated as an extension of the Zurich tram system but the trams are painted red and are kept at Forch. The line climbs through the Forch pass in pretty good scenery, especially today. This is typical eastern Switzerland scenery with green rolling hills, some wooden houses and plenty of cattle and sheep. There were good views over a lake to the east and there were several sailboats out. There was a lot of activity at Egg and we stopped off on the way back to investigate. The Egg fair was going full swing with rides, food and drink. A great day for it. The line is single track from Forch to Esslingen and as the next tram through Egg was going to Essinglen we went back there and stayed on the tram. This was better than waiting in the hot sun.
Zurich was packed down by the lake which was thick with sailboats. A couple of steamers punctuated the noise with their sirens. There were a large number of swans with their cygnets, also ducks and coots, all looking for handouts of which there were many bearing in mind the large number of fast food stands.  As we moved along one form of music would fade into the next as there were a large number of performers - Caribbean, guitar, folk songs.  We walked along a little then took a tram back to the Hauptbahnhof for some food and train watching. 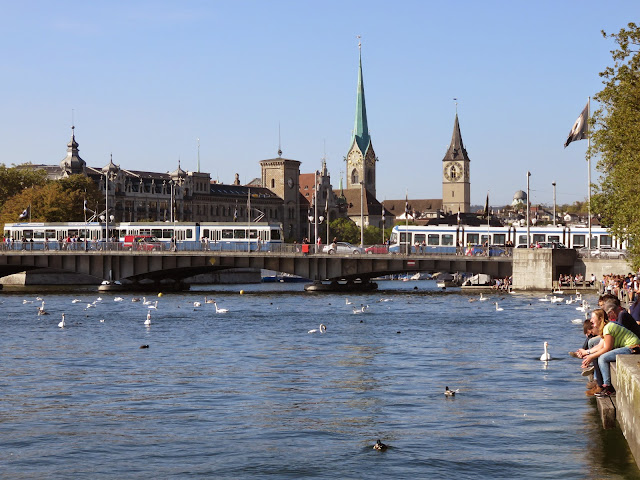 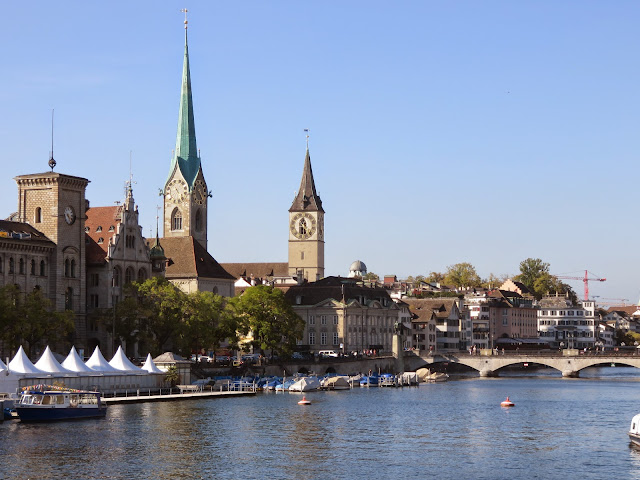 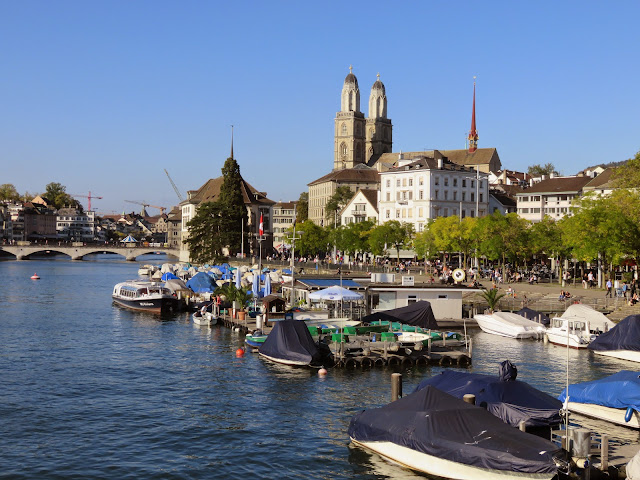 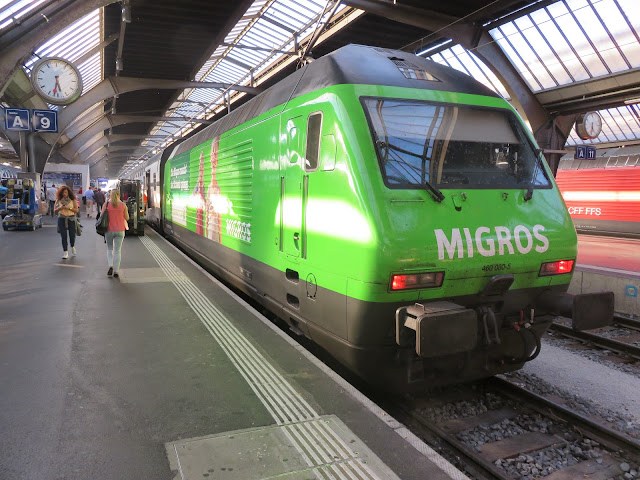 Posted by Colin Churcher at 12:36 PM No comments: